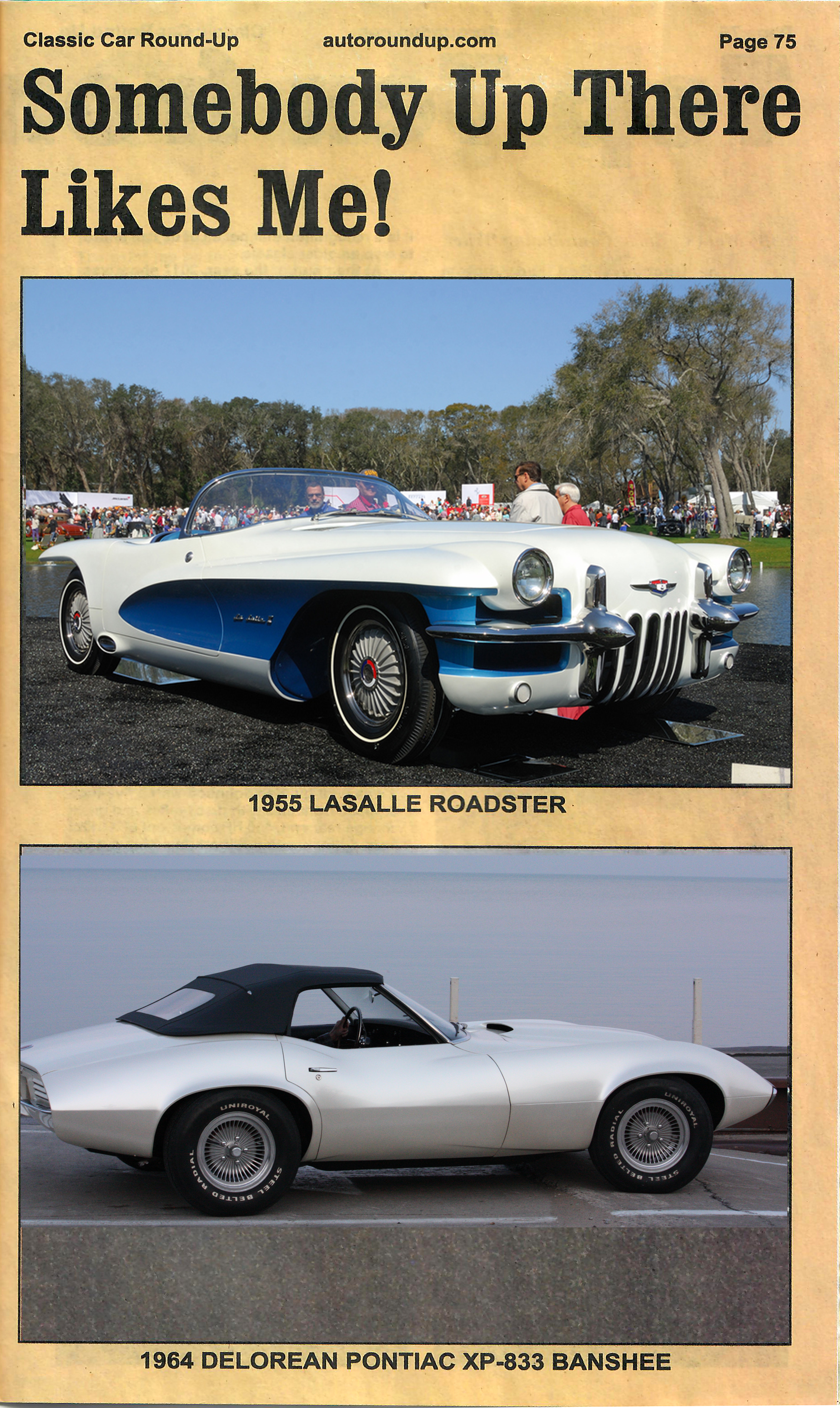 Somebody up there likes me!

Attached is a copy of a letter from February 24, 2012 at which time I was negotiating with the people in charge of displays at the National Corvette Museum as there was interest both on the part of Bortz Auto Collection and the Corvette museum to display three cars from the Bortz Auto Collection that were not Chevrolets or Corvette but Corvette related.

They were of course the:

(all part of the Bortz Auto Collection)

The display never happened because the Bortz Auto Collection wanted the cars to be displayed in the main rotunda, the best display area in the building and it just happens that is where exactly where the floor fell outand they wanted to display the cars in other more remote parts of the museum.  We could not get together and we all decided to take a pass on the display.

Of course everyone knows what happened in the exact spot where the Bortz Auto Collection was negotiating to have the three “Corvette related” cars displayed at the exact time we would have been scheduled to display the cars, yes exactly where the floor caved in with a three story deep hole.

It is my belief that if the three General Motors concept cars from the Bortz Auto Collection fell 30 feet (equivalent of falling from a third floor apartment) into that hole there would have been no recovery of any of these cars in one piece.  And some of the greatest 20thcentury historic concept cars could have been lost to history forever.

All three of these cars are true masterpieces of the 1950s and the 1960s and are certainly irreplaceable. Fate has a way of working in both positive and negative ways.

In hindsight I can certainly say without hesitation “somebody up there likes me” (and than some!)