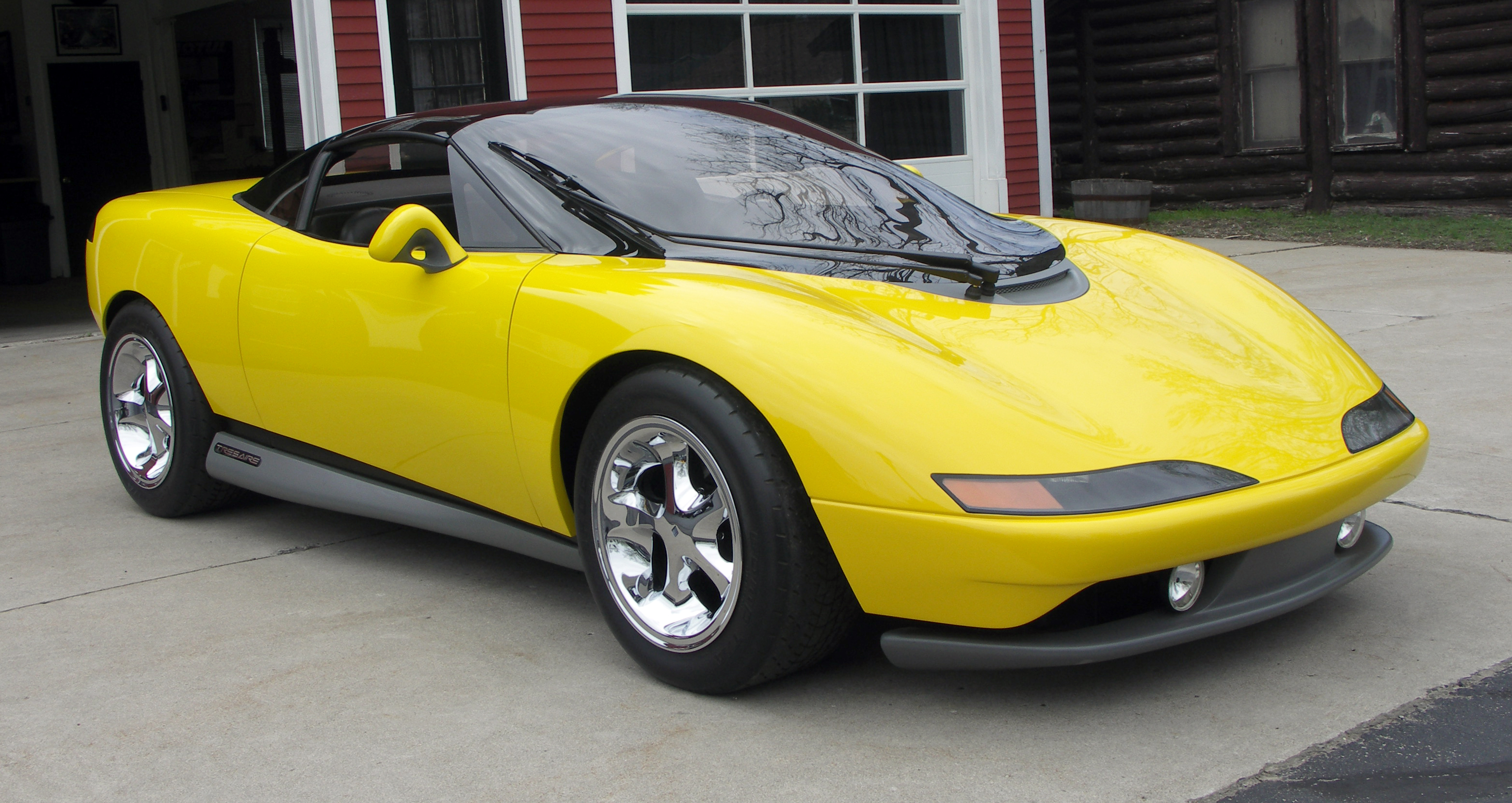 Joe Bortz is the original dream car collector. In the early 1980s, the Chicago restaurant chain entrepreneur began trading in classic pre-war Cadillacs and Duesenbergs for cars like the General Motors Motorama 1954 Pontiac Bonneville Special. He began to scout the legendary Detroit junkyard Warhoops to look for such cars from the 1950s and ’60s, that were supposed to be crushed or drawn-and-quartered [like his 1953 Buick Wildcat I, which was drawn-and-quartered until his restorer put its pieces together], and pioneered a new sort of automotive collecting.

More recently, Bortz joined the Radwood movement, though he is not familiar with the term. “We call them young-timers,” he says of millennial enthusiasts who have begun curating car shows full of 1980s and ’90s metal.

In fact, Bortz may be a bit ahead of the Radwood young-timers, having added a trio of turn-of-the-millennium Ford Motor Company concepts recently. About a year ago, he added a brand and type of car he’s never before had to his considerable dream car/concept collection: The 1990 Cars & Concepts Tresaire.

It’s the rather slinky yellow two-seat roadster in the photos, built on a rear-wheel-drive chassis with a Lingenfelter-tuned GM V-6 and six-speed gearbox.

Tresaire’s design centerpiece is a retractable hardtop with three positions: Fully closed, the glass-and-metal roof enclosing the cabin like a coupe; a “targa” position, in which the portion of the top immediately above the occupants slides beneath the rear window; and fully open, wherein the whole top, with the rear window and rear side windows, and the top panel already folded under it, folds down. The rear section becomes the top’s hard tonneau cover, creating a fully open two-seater.

The top is designed to open and close at any speed, because of the way the rear window folds down and up as a tonneau, rather than folding into the trunk, which has a tendency to create a parachute or airbrake effect.

“We tried to get Mercedes interested in the project,” said Dave Draper, who was design chief for Cars & Concepts, the prominent concept-car maker that built the Tresaire, and now runs DTS Enterprises in Ellsworth, Michigan, which makes hot rod convertible tops, does restorations and fabrications, and engineering design, among other services. “A big feature of the project was that the top could be raised or lowered at any speed.”

Bortz says the top raises and lowers at up to at least 60 mph. Draper recounted a tale of a Mercedes executive who sampled the Tresaire, but didn’t understand the need for on-the-go lowering or raising. The unnamed German exec asked, “Why would anybody want to do that?” Draper says. A few years later, Mercedes-Benz introduced a three-piece folding hardtop in its SLK-Class, though like all production hardtop convertibles since, its top won’t open or close at any significant speed.

Cars & Concepts had a $2 million budget to build the Tresaire, and claims it came in $200,000 under that target, according to Bortz. Bortz believes the real number is closer to $2.5 million, however, which was a lot for a proper manufacturer’s concept, let alone one from a supplier. Bortz points to the suspension and chassis parts formed from aluminum billet as examples of the no-expense-spared nature of this obscure concept.

So why did Cars & Concepts build it? Cars & Concepts, then recently acquired by automotive supply giant Masco Technologies (later, Masco Industries), had built concepts for Pininfarina and LaForza, and for example, a two-door concept version of the Peugeot 504.

As the pioneer of dream car collecting, Bortz, has a romantic notion of what the motivation to build Tresaire was about.

“I think they wanted to get into coachbuilding,” he says of Cars & Concepts. Bortz points to the car having been designed on paper and clay, with no CAD/CAM (computer aided design/manufacturing) used.

“The Tresaire was built not only to show off design, but mechanical engineering, too,” he says. The Tresaire comes with an early backup camera, for when the top obscured the rear window in targa mode, and a keyless entry fob to make up for the lack of exterior door handles.

The Tresaire’s windshield, set into a carbon-fiber frame, is the “biggest ever made,” Bortz says. Cars & Concepts wanted it to be special, so it’s concave at the base and convex at the top, Draper says. The windshield was fabricated by Foxfire Industries Glass, known for its glass lightshow display in the tunnel connecting terminals at Detroit Metropolitan Airport. But its most distinctive feature is that the windshield is connected to the clamshell hood, and tilts forward when the hood is opened.

The ’90s Saturn/Pontiac/Oldsmobile styling theme of the Tresaire was not intended for production. The first clays of the design were rather angular, and it looked a bit like a Pontiac Fiero, he says.

“We were looking for a high-performance sporty image, with comfort and style” for the driver and passenger, Draper says.

The Tresaire is powered by a GM overhead valve, 90-degree V-6 with electronic fuel injection. It appears to be the 3.1-liter V-6 used in Chevrolets of the era, though Draper doesn’t remember the full spec. The car is not currently street legal.

Lingenfelter Performance Engineering massaged the Chevy V-6 to a stated 345 horsepower. Bortz believes it has quite a bit more power in truth—at least 450 horses—and that the official number was deflated to be politically correct. The gearbox is a ZF six-speed manual. Originally was painted purple, the Tresaire was painted yellow for its second appearance at the Industrial Design Society of America’s 1992 annual conference in Santa Barbara.

Draper says the only thing he didn’t like about the concept was its name. Originally, Cars & Concepts called it “Intrigue,” for its intriguing top system.

“Before the (NAIAS) showing, GM asked us not to use the name,” Draper says. “They intended to build a Saturn Intrigue.”

Did GM have a trademark on the name? “No,” he says, “but they were a big customer and we didn’t want to get them upset at us.”

Now Saturn and Oldsmobile, both of which actually did market the midsize Intrigue sedan in the ’90s, are history. True concept cars are less and less common, and car shows in general have a dim future. Joe Bortz’s 1990 Cars & Concepts Tresaire may not have the auction value or design prominence of one of his ’50s dream cars, but for the Radwood crowd, it could become one of the sleeper classics of their favorite automotive period.